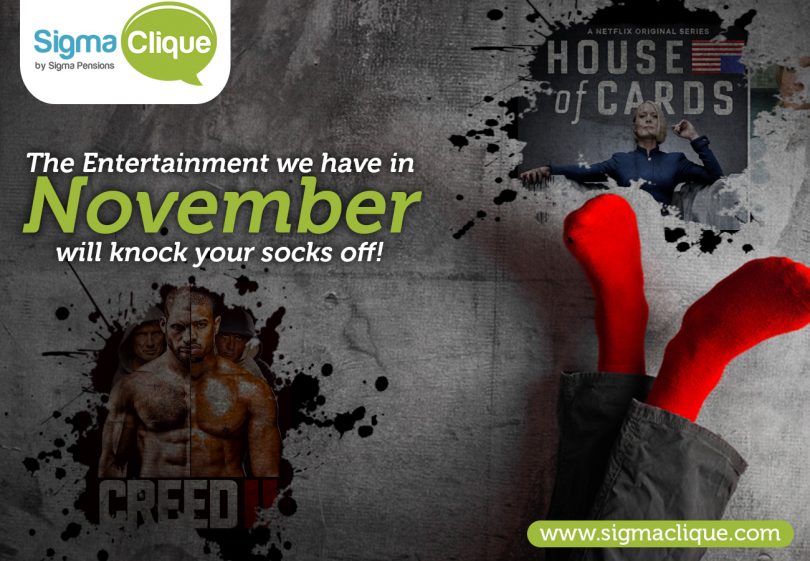 You have been waiting for November to zoom in, haven’t you? November is a special month to some people because it holds the vibration of the number 11. In numerology, 11 is a master number that is associated with higher realms, divinity, and spiritual awakenings which means a lot especially for the Scorpios.

November will be an interesting month for the movie lovers, fashion lovers, the night crawlers, the binge watchers and the music enthusiast.

In the movies department,

If binge watching is your hobby, check out these amazing line-up of TV shows.

With all these amazing line-ups, November promises to be an amazing month full of intriguing topics that we cannot wait to experience them. We hope we have created a list of amazing things to keep you entertained this November. Indeed, it will be a November to remember.

Have an amazing November, see you when it’s Chri