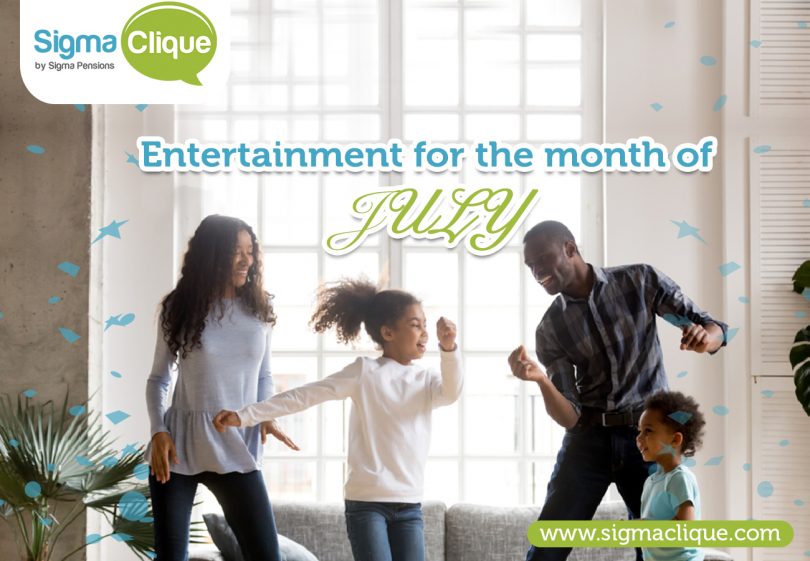 Summer is already here and we are more than excited for all the fun it is going to bring. The hangouts, the parties, the return of the IJGBs (I just got back), the reunions, the holiday vacation and the endless spending are a few of the many things summer has in store. In the midst of all that enjoyment, we want to make sure that you are kept up to date with the best in entertainment for the month of July. It is best to know before time so you can plan accordingly, this information is for everyone but specifically for the introverts that prefer to stay indoors.

July promises an interesting line up of movies, music, and TV shows that it is only right to let you know the best ones to anticipate.

Starting from July 5th, in a movie Phil, a depressed dentist whose life is falling apart, is shocked when one of his patients, a man who seemed to have a perfect life, kills himself.

Marianne & Leonard: Words of Love premiers, the documentary starts on the Greek island of Hydra in 1960, where Leonard Cohen, then a struggling and unknown fiction writer.

Crawl will hit the cinemas; a thriller when a massive hurricane hits her Florida hometown, Haley (Kaya Scodelario) ignores evacuation orders to search for her missing father (Barry Pepper).

For comedy lovers, The Art of Self Defence will come out also on the 12th. After he’s attacked on the street at night by a roving motorcycle gang, timid bookkeeper Casey (Jesse Eisenberg) joins a neighborhood karate studio to learn how to protect himself.

She’s Just a Shadow is about a beautiful Japanese Madam and her Stable, coming out on the 16th

On July 19th, the very much anticipated The Lion King will hit the cinemas like a wave of thunder bolt as the story of a young lion named Simba who is cast out into the wilderness after his father, Mufasa, is killed by his evil uncle Scar.

Into the Ashes follows the story follows Nick (Grimes), an ex-con adjusting to normal life in rural Alabama.

The Muppet Movie, following a fateful meeting with a big-time talent agent in a southern swamp, Kermit heads for Hollywood to be a star, will premiere on the 30th

The impressive line-up of new and returning TV shows include

Taco Chronicles a Netflix food-umentary series all about the almighty taco.

Orange is the New Black the seventh and final season will get along with Stranger Things.