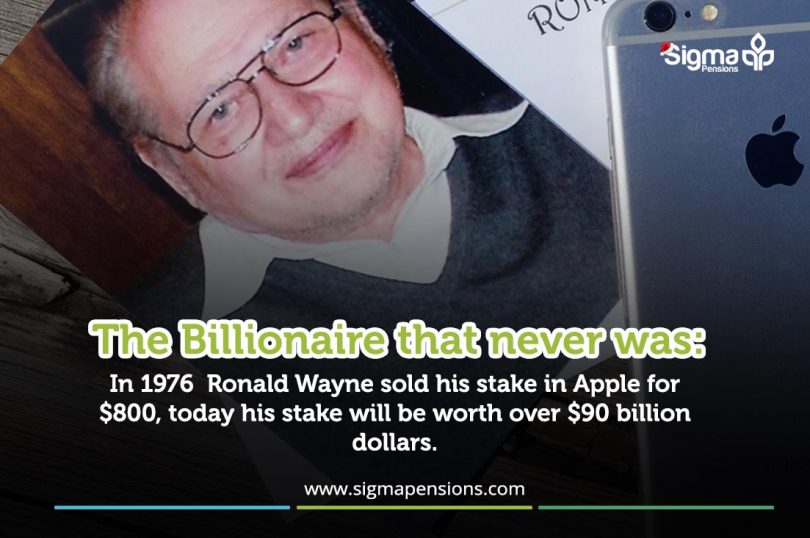 Owning a tenth of Apple today would net you $100 Billion and that’s set to even increase in coming years. But Ronald Wayne sold that same share for a mere $800 four decades ago.

The little-known Apple co-founder sold his 10% stake in the company back in 1976 – never guessing that the company would be worth its 2019 high of $1 trillion. Ronald Wayne has said in subsequent interviews that the “very traumatic” failure of his slot machine business, the debt of which he had spent one year voluntarily repaying and lack of knowledge about the tech industry inspired his actions.
That wasn’t the last of his missteps. In the early 1990’s, Wayne sold the original Apple partnership contract paper, signed in 1976 by Jobs, Wozniak, and himself, for US$500. In 2011, the contract was sold at auction for $1.6 million. Noel, Noel.

It can be argued that Ronald Wayne is just plain unlucky but his unfortunate actions just boil down to poor investment skills. Here are three things to note in order to avoid making similar mistake(s):