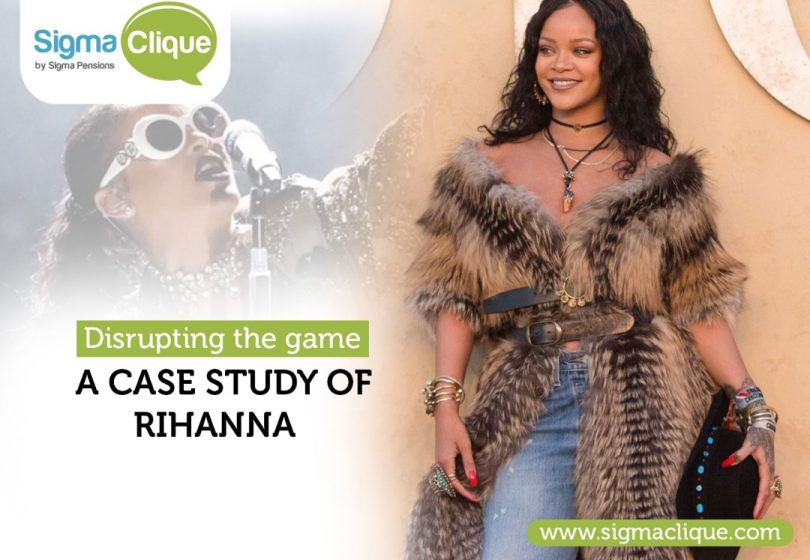 Robyn Rihanna Fenty popularly known as Rihanna is one of those people that get Nigerian parents to constantly ask their kids “Does she have two heads?” At 30 years of age, Rihanna has become a mogul to reckon with. She is a successful singer, songwriter, actress and businesswoman. Since the age of 18, Rihanna has been giving us chart-topping hits and albums and she is definitely a prominent influencer. She has been able to set so many trends through the years ranging from distinct hairstyles to spontaneous outfit choices. An icon like her has chosen to mark her existence in this life in so many ways and she will always be remembered for it.

Over the years, Rihanna has become popular for her amazing music but recently she has been recognized for disrupting the fashion and beauty game with no mercy. In 2015, she became Puma’s global ambassador for women’s training and the Puma women’s creative director. Following her through the years, seeing her style and the way she thinks, it did not come as a total surprise when she launched the totally out of the box and extremely creative take on sportswear as a collection in 2016 under the brand “Fenty X Puma”. Her Fenty Puma creepers were honoured by the 2016 achievement awards as the shoe of the year. It was considered shoe of the year because of its appeal to both male and female customers and the huge desire to own something made by the incredible Rihanna. Her faux-fur slides has also received such buzz.  Nothing is holding her back as she has elevated the entire sportswear game infusing high fashion style with sportswear and it absolutely works.  Her runway shows at fashion week has become a highly coveted event among fashion lovers for many reasons ranging from the impressive theme of the show to the incredible new designs that they will be seeing on the runway. She has also launched a lingerie line called “Savage X Fenty” which has also been causing a lot of conversation. She doesn’t dwell on the ordinary but she ensures that everything she does makes a statement.

Despite the existence of several makeup brands, Rihanna decided to release her own brand of makeup brand called Fenty Beauty in 2017. Rihanna has proven that no matter the situation, always show up and show out. She entered an extremely saturated market and has become a brand that every beauty enthusiast wants to own. She came in with a vision to have her brand cater to every woman on earth by releasing 40 foundation shades that covers all skin tones. It is very possible that her brand could have just grazed the market for a year and wash out after that but she came with an idea to cater for each and every woman which no other brand offers. Leading make up brands tend to struggle with catering for the diverse skin tones that exist especially in dark-skinned women which is why on the day of Fenty Beauty launching in Sephora stores in North America, all the dark shade foundations sold out in record- breaking time. It has been reported that ever since the record breaking launch of Fenty Beauty, other make up brands have been on their toes trying to also include the diverse skin tones to their brand offerings. Rihanna has put her ever creative and out of the box signature on the products, its name and the packaging that a Fenty beauty product can be identified anywhere.

The lessons to learn from Rihanna are many but here is a major one. Rihanna has shown that to make it in business, you have to research, find the gap and fill it to the brim. Several gaps exist that many existing business haven’t noticed and sometimes no business has been established to fill this gap, finding out effective ways to fill this gap is a sure way to disrupt and dominate the game like Rihanna has done severally. What are you waiting for? Go out and find that gap that you and only you can fill to the brim.